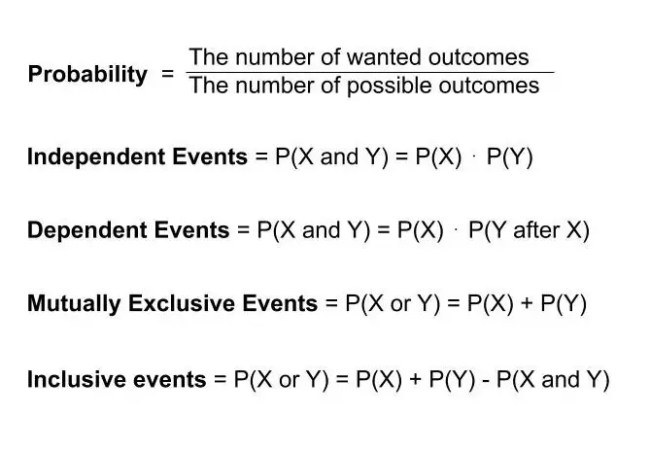 How to Find the Probability of a Single Random Event

How to Find the Probability of a Multiple Random Events

There are four kinds of multiple random events and which are Independent Events, Dependent events, Exclusive events, and Inclusive events.

Example: If one has three dice what is the probability of getting three 4s?

Example: What is the probability for you to choose two red cards in a deck of cards?

When we combine those two Events:

Example: The probability of drawing a black card or a ten in a deck of cards.

How to Convert Odds to Probability

Example: Colored Marbles. Figure out the probability of drawing a white marble (of which there are 11) out of the total pot of marbles (which contains 20).