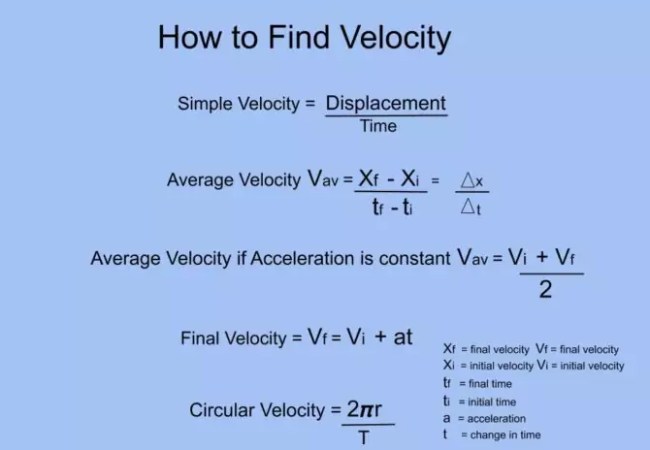 How to Find the Simple Velocity

How to Find Average Velocity

How to Find Average Velocity when Acceleration is Constant

How to Find Velocity from Acceleration

How to Find Circular Velocity

The circular velocity of an object is calculated by dividing the circumference of the circular path by the time period over which the object travels.

For Example, Determine the circular velocity of the earth if the distance from Sun to Earth is and the period of earth revolution is 365 days.