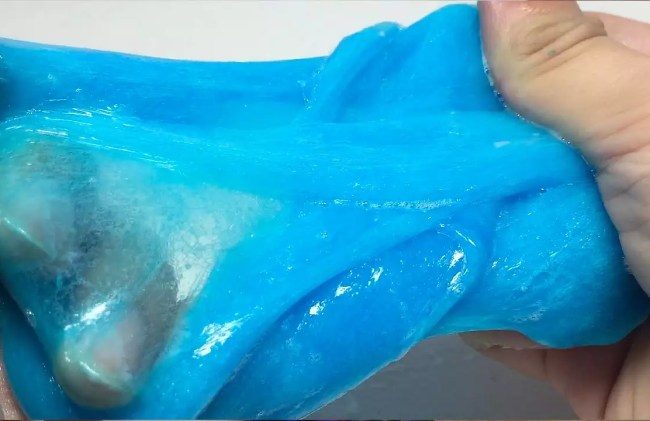 The world has been hit with a slime craze, and here’s how to make slime using glue and borax.

Don’t worry about any leftover water in the bowl; just pour it out. When not in use, store the slime in a plastic bag in the fridge to keep it from growing mold.

The glue has an ingredient called polyvinyl acetate, which is a liquid polymer. The borax links the polyvinyl acetate molecules to each other, creating one large, flexible polymer. This kind of slime will get stiffer and more like putty the more you play with it.

You can experiment with different glues (e.g., carpenter glue, tacky glue, etc.). to see if they create slime.