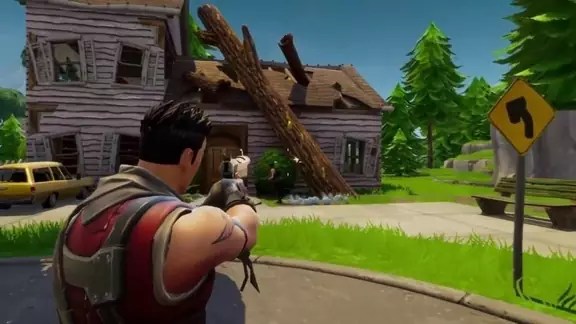 Ready to play Fortnite Battle Royale on your iOS device? The game goes live on mobile TODAY – that’s Monday, March 12. Here is how you can get it, because only players who sign up for Fortnite on iOS will be able to get the download link.

Fortnite Battle Royale is a hugely popular game that sees up to 100 players dropped onto a fictional island. Gamers are then forced to fight for survival in a last-person-standing death-match.

It’s already available on Xbox One, PlayStation 4, Windows and Mac computers, and last week Epic Games announced it would be coming to mobile too.

Epic Games just opened up sign-ups for the iOS pilot program for the just-announced mobile version of the massively popular battle royale game.

Once you’re signed up, you’ll receive an e-mail containing the invitation for an iOS download. It’ll let you download the game from the official App Store.  However, not all players will get a link immediately – and you could be left waiting for weeks, or even months.

At this early stage we can expect a slightly less-polished product than what Epic will eventually release to the public.

Players who receive invites from Epic will also get friend invite codes to share with others.

If you’re an Android user waiting for Fortnite on mobile, you’ll also have to wait for a release “in the next few months”.

The good thing about Fortnite on mobile is that it supports cross-play. That means you’ll be able to play with other gamers who are using their Xbox or PlayStation consoles, and even players on Mac or PC.