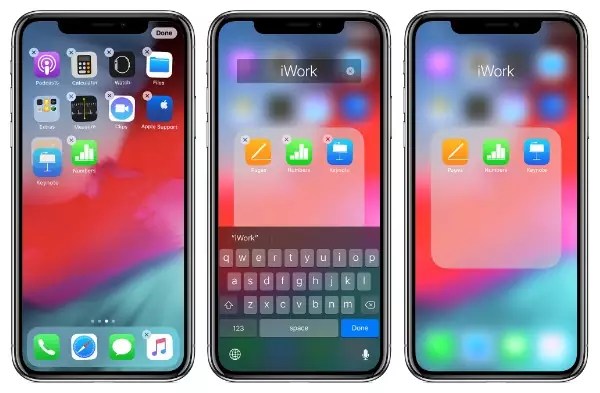 Organize your iPhone by organizing the apps on the Home Screen, put them in folders and move them to other pages, or screens to save time and avoid aggravation. You can also reorder your pages.

Create Folders and Move Apps on the iPhone

How Folder Names Are Suggested

When you first create a folder, the iPhone assigns a suggested name to it. That name is chosen based on the category that the apps in the folder come from.

If, for instance, the apps come from the Games category of the App Store, the suggested name of the folder is Games.

You can use the suggested name or add your own using the instructions above.

Move an app to a different page

You start with one page of apps. To make a new page, drag an app to the right edge of the screen. You might need to wait a second for the new page to appear. To delete a page, consolidate all your apps to another Home screen. When there are no apps present the page will delete.

When you have more than one page, a bright dot in a row of dots above the Dock shows you which page you’re on. You can move an app to a different page and create new pages:

If there are dots to the left or right of the bright dot, you can drag an app to the right side of the screen to move the app to the next page in that direction. Or swipe left to see the apps on that page.

If there are no dots to the right of the bright dot, dragging an app to that side of the screen makes a new page.