There are countless reasons where you want to record your device’s screen. Here is how you can record screen on your computer’s desktop, your smartphone’s screen, or your tablet’s display.

Windows 10 includes a built-in tool that allows for screencast recording. Use the GameDVR tool to create a quick desktop recording. It can record any application.

Note: It only records the active application, not your full screen.

Apple has added the screen recording feature to QuickTime Player in Snow Leopard. It lets you create easy screen activities and share with others.

Tips: QuickTime Player also allows you to record the audio and movie.

Recording video of your iPad, iPhone or iPod touch screen can be difficult, relatively speaking, if you are running an operating system older than iOS 11. 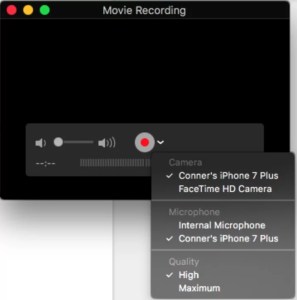 In iOS 11, you can create a screen recording and capture sound on your iPhone, iPad, or iPod touch.

Linux does not offer native screen recording functionality. There are some easy-to-use, free applications like Byzanz, Kazam, RecordMyDesktop, ScreenStudio and SimpleScreenRecorder  that provide fairly robust feature sets when it comes to capturing video of your screen.